Google Kubernetes on OpenStack Opens up Huge Opportunities for Developers

Google Kubernetes on OpenStack Opens up Huge Opportunities for Developers 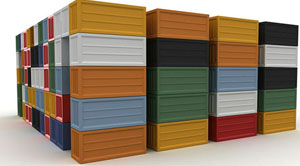 FREMONT, CA: Mirantis partners with Google to deliver the agility to developers to move their containerized applications between on-premise and public cloud. Mirantis, a pure play OpenStack company, brings to the deal its expertise to integrate Kubernetes enabling developers to leverage the power of OpenStack and the containers thus opening new frontiers in terms of flexibility and scalability in the hybrid cloud environment.

Mirantis uses its OpenStack Application Catalog, Murano, to enable developers to publish applications in a browsable categorized catalog. Application environments can be built through the catalog enabling cloud customers with self-provision capabilities. In a Mirantis blog, Nick Chase mentions: “Murano will provide a Kubernetes package, which provides an abstraction layer for Kubernetes and Pods. Developers can then package their applications for use as they normally would, easily adding them to the Kubernetes cluster.”

The integration of Kubernetes container management application with Murano is simple. Murano leverages OpenStack Orchestration (Heat) to configure and allocate resources for building the virtual network for Kubernetes and the Pods. The configuration includes interface connections, network and subnet configs, security groups, router configurations, and storage.

“Our development work with Google to combine the power of Kubernetes with Mirantis OpenStack makes it easy for developers to manage Docker containers at scale,” said Mirantis CEO, Adrian Ionel. “Kubernetes automates the management of Docker containers, while OpenStack automates the configuration and deployment of infrastructure resources on which those containers run. By using the two technologies together, developers can focus on creating software because their underlying infrastructure just works.”

Thanks To A New Patent, CB Therapeutics Now Owns A Production Process...