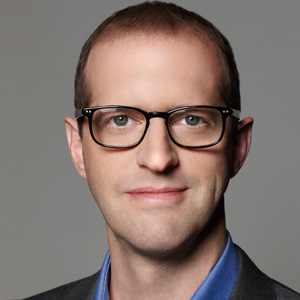 How has your IT operating model changed during the last five years?

We’ve shifted to hosting very close to 100 percent of our infrastructure in the cloud. We prefer SaaS, such as G Suite or Workday, followed by managed, higher level services such as BigQuery, followed by open source applications such as Kafka, followed by PaaS-hosted custom applications—and even in those cases, with a high preference for heavy exploitation of an open source framework such as React.

This means that we have a much more linear relationship between cost and workloads, so it’s much easier for us to meet demand and allocate cost accordingly. We also have shifted a lot of expense from the capital budget to the operating budget, which has some consequences of course. That may in fact be the biggest challenge, but we are lucky to have a progressive and flexible financial organization, and they have been a great partner to us.

Our staff is shifting away from traditional IT skillsets towards engineering and a software mindset across the board. The lines are getting blurred all over the place as well, and my most valuable people are generally those who can play two or three different positions. I expect this to be even more pronounced in the future.

​Google is clearly still learning how to work with enterprises, on support in particular, but they are learning quickly

Can you please share your experience in deploying Google technologies in your organization? What are the challenges you faced during the process?

Our first transition was to G Suite for mail, calendaring and docs. There was some adjustment to the new tools, but any resistance was quickly overwhelmed by the power of the collaboration model. People got into it really quickly, even senior executives.

We are now in the process of moving heavily into GCP. We moved data engineering first, and again it was a sea change. Other parts of GCP we have found to be a little more raw, and we have gotten some cuts from the bleeding edges. But it’s evolving quickly.

Google is clearly still learning how to work with enterprises, on support in particular, but they are learning quickly. And they have the advantage of drawing on an increasingly mature industry for talent and practices. The influx of leaders who are deeply familiar with the enterprise into GCP, under Diane Greene, has been both massive and swift. I have no doubt that they will be a major enterprise player very soon.

Managing cloud platforms is extremely difficult, and the next challenge for Google will be, how well do they manage change across a platform once they have customers. I also worry about their ability to maintain their focus on innovation once they have a large customer base with highly fragmented needs and desires. But early indications are that they are up to the challenge.

Moving from traditional IT to a service offering model requires a major mindset shift in IT. How did you make that happen?

When you think carefully about what you do—which is and always was providing services to your staff—it isn’t hard at all. It’s obvious. Your best people will grasp the shift intuitively, and embrace it.

I think it helps that my background is not in traditional IT—my career has been in product development from the start. My leadership team is also made up of engineers, and they naturally think in terms of constant optimization. That helps.

Meeting project deadlines and faster delivery must be crucial to you. How are Google technologies helping you deliver faster?

Fully leveraging higher order abstractions such as BigQuery or (soon!) Cloud Spanner is key. We are moving towards serverless computing as quickly as possible, and it’s saving huge amounts of time and effort where we get it right. Building on the right foundations has a huge impact on velocity—technology has always been about standing on the shoulders of giants.

So our future lies in aggressively adopting higher order abstractions and managed services, generally within the serverless paradigm, and building on that foundation. That’s why I don’t believe in a multi-cloud approach. The gains from portability pale against the potential of fully exploiting the best cloud product suite. The large providers are already locked into a strong competitive dynamic, and generally discount comparably as well. Obviously things change at a certain scale but for us, committing has much more value than fence-sitting.

Which growing or future Google technology are you personally excited about?

Cloud Spanner because it unlocks us from the tyranny of CAP. BigQuery is a monster. Look for GKE, AppEngine and Cloud Functions to converge towards serverless bliss. And of course all the machine learning stuff, from TensorFlow to ML-driven APIs such as image search, MLP and Translation.

On the enterprise side, we see the Google suite expanding with improvements in collaboration and communication. Team drives, improved hangouts, team chat communication were all announced at GCP Next. No single element is ground-breaking, but the sum makes the whole suite stronger and is a good sign of vitality in this part of their product line.

How does Google technology drive your organization?

We live in G Suite, and our apps live increasingly in GCP. Almost all major decisions that we make as a business are supported by data gathered through PubSub, processed via Dataflor and Dataproc, and explored via BigQuery.

Google is rapidly becoming our single largest technology supplier in terms of impact and touchpoints. Google may be unique in that we leverage their technology in the most prosaic and commodified, and the most cutting edge, parts of our business. That’s a good recipe for sustained value.

How Digital Experience Is Of Growing Importance To P&C Insurers And...

What It Truly Means For IT Security To Bea Business Enabler

Policy is a Key Solution to Stopping Packaging Waste