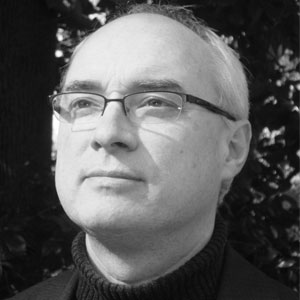 My youngest daughter was accepted into a new public charter school to open in the fall of 2014. The school caught our attention because they planned to be a high tech school issuing laptops to all children, video based learning, and very little paper. The summer before opening they asked for parent volunteers to assist with planning and installation, so having previously stayed at a Holiday Inn Express I felt qualified to help with the technology planning.

“Google Classroom allowed us to manage every Chromebook, including which apps were needed as well as those that should not be there”

On the first meeting we had an open slate and so began planning how teachers/students would use the available technology in our envisioned “flipped” classroom, and how we would create the back office support to meet their needs. Truthfully we had no idea how little we knew or the challenge ahead.

We began discussing the parameters of the school and given that the base plan was that each student would work from a laptop, we felt that the initial decision on the laptop type would send us down a path that would determine many of the other choices we needed to make. The movement towards one-to-one student to computer has been growing rapidly in the last couple years, so there was a lot of experience to draw from on the internet as well as several local private schools that had already taken the leap in technology.

Our choice for laptops really came down to operating systems; Android, Windows and Mac. There was a lot of energy and momentum for MacBook Air based environment, but the school is a Public Charter, so funds were going to be limited and since technology was a large part of the budget our decision affected other budgets. In the end our decision was made by the budget and we chose the Chromebook. Only later we were to discover how good a decision this was.

Once the operating system was determined we then began to plan for the back office needs to support all these devices and meet the teacher’s educational needs;

1. We wanted WAPs placed in every classroom and common areas.

6. Teachers desired to do all these tasks from as few applications as possible.

7. A robust firewall that could manage/protect a large group of hormone raging teens.

8. Later we discovered we needed to manage what students loaded to their laptops and also push out applications required by the teachers.

In our research for management applications we discovered the just released Google Classroom, and it was quickly clear to us the decision for Chromebooks was better than we thought–Google Classroom is a free application. Previous to this find we were looking at several very qualified products, none which were free and were going to hurt our stretched budget. Google Classroom allowed us to manage every Chromebook, including which apps were needed as well as those that should not be there. Our state just established a state wide online standardized testing system and they supported android, so we were able to push out the exam authentication as well as set each laptop into kiosk mode preventing students from accessing any other application during the exam. I have made it a standing rule never to work with 1.0 software, but in this case we really did not have any choice. While bugs were not an issue, features started out on the thin side. To our relief google has worked to continuously push new features (the great thing about web based applications is that you upgrade one service, not every laptop), and we have found all the early needs were addressed.

Teens with laptops require you to have a good firewall. I must say that even I was shocked by some of the search terms we found used, and it has been an uphill battle to stay ahead of all the inappropriate web sites the kids found. Additionally many parents were not ready for children with laptops and we quickly received parent requests to block where their children surfed. Home laptop policing was not really in our job description (I mentioned we are all volunteers right?), but after a call with Google we discovered that we could store online lists of blocked; sites, terms, URLs and web site categories. This effectively created a firewall anywhere the laptop found an internet connection. By the way Google support was great any time we needed them.

Recently we discovered another reason our decision for Chromebook was a good one; kids drop laptops all the time. Many public school families can’t afford laptop replacements, especially several times in a year. The Chromebook screens were by far the most likely failure point, and we found that letting the parents buy the replacement part (~$50–the IT volunteers replaced the broken LCD screen) made cost of ownership much more affordable–look up the cost to replace a MacBook Air screen.

Now six months into the program we see a solid program in place. As a parent I’m very pleased with what the children can do in class and very excited about where Google is going with the Classroom.

How Digital Experience Is Of Growing Importance To P&C Insurers And...

What It Truly Means For IT Security To Bea Business Enabler

Policy is a Key Solution to Stopping Packaging Waste